Mar 04, 2021 Dear Ben, we sincerely regret to hear that your sales experience was not what you expected. We're currently reviewing your concerns and will be in touch with you soon. Thank you, -Luna Customer Care
Advertisements 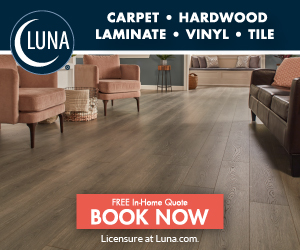 Jeff Baughman came to give us a quote after we had severe water damage. Gave us an astronomical price and said the finance.

Said they needed to do a credit check. They do and we are able to finance. What he doesnt say is we just got a credit card with Well Fargo, same banking company that was opening credit accounts in peoples names a few years ago. We decided to not use them after he became angry when we said we always slept on a major decision like that.

Week later, I get a credit card in the mail with Luna on it. NEVER use this company. We got real hard wood flooring installed and much better quality carpet for literally half the price of what they quoted. They must be a front for the mob.

What a terrible, dishonest organization.

Dont even call them its a scam. Contacting BBB next.

Luna Flooring Cons: Expensive low quality, Too much to mention, Salesman, I did not like, Too numerous to name.